Does your child or teen have CRPS?

Be sure to carefully go through our FAQs and Research pages and contact us if there is anything at all that we can help you with. This is more than just a website with information. We can answer all your questions about treatment options and their efficacy and we can also facilitate expert professional support for your child’s medical team as they work to develop an effective treatment approach.

You can find the list of hospitals that have inpatient/outpatient intensive Complex Regional Pain Syndrome in Children programs here.

One of the more dramatic and visible forms of amplified pain is complex regional pain syndrome (CRPS) which was formerly known as reflex sympathetic dystrophy (RSD). This is a very painful condition that typically affects a hand or foot with associated signs of the autonomic dysfunction, that is, the hand or foot becomes swollen, cold and purple or blue. It can also be sweaty. One does not need to have all the features of autonomic dysfunction in order to be classified as having CRPS. Frequently tenderness to light touch (allodynia) is present so that even wind or clothing is extremely painful. Trauma, such as a sprained ankle, can initiate or localize the CPRS to a particular part of the body but many children do not have any identifiable preceding trauma. Children with CRPS may have bone or soft tissue edema on MRI studies that can be mistaken for stress fractures or injury. A bone scan can show decreased uptake. However, is not unusual for both of these studies to be normal. The diagnosis is established by the history and physical examination rather than any particular test. 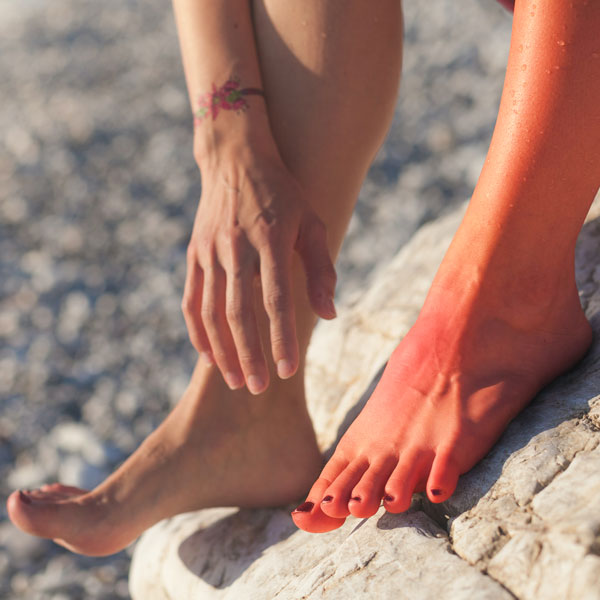 About a quarter of children with amplified pain have CRPS.

It can occur in more than one body area. Some children with CRPS have spreading pain that includes areas without overt autonomic dysfunction but still with extreme amplified pain.  It can even involve their entire body. It is a misnomer to say that they have total body CRPS since they do not have the overt autonomic dysfunction all over. This is a typical example of how the various forms of amplified pain can overlap.

Some adult pain physicians have described different stages of CRPS but others dispute these. Stages of CRPS are not really seen in children and are moot since the duration of symptoms does not predict response to treatment in childhood.

Because of the overt malfunction of the autonomic nerves physicians have tried, over the years, to block these nerves or have used medications to quiet them down. They can even try to override them with electrical impulses such as spinal cord stimulators.  It is our experience that most children do not adequately respond to such medical management. In one study of 70 children only 42% were in remission and long-term outcomes were not reported. Treating these children with intense physical and occupational therapy along with counseling is much more effective and relatively side effect free. In a study led by David Sherry, MD at the University of Washington in 1999, 103 children were put through this type of program and 92% went into complete remission. Five years later, 88% of the children were pain-free at the time of follow-up. 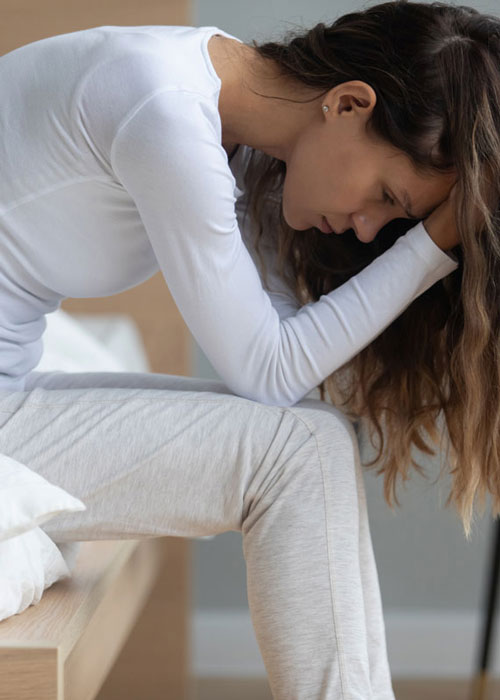 There is a great deal of overlap between these subtypes. For instance, a child can have a cool blue hand with CRPS and then have a very painful leg that is not cold or blue so would be localized amplified pain or they may have total body pain so they would have CRPS and diffuse amplified pain or fibromyalgia. Likewise some children will have CRPS, go into remission, and then later develop total body pain. It’s all part of the spectrum of the amplified pain syndromes. We believe the mechanism of the pain is the same, that is increased activity of the autonomic nerves causing decreased blood flow and leading to ischemic pain. The pain is very real and very much in the child’s body but it is not biologically damaging. We’ve all heard the squeal from a speaker when a microphone gets too close to it. Although the sound going into the microphone is soft it comes out the speaker and then goes back into the microphone and then out the speaker again setting up a vicious cycle and becoming intolerably loud. In amplified pain a very soft signal, such as a light touch, can short-circuit across the nervous system to cause autonomic firing and then decreasing blood flow which then leads to more pain and thus the vicious cycle is set up. A very light touch is thereby amplified to an intolerable pain. In order to effectively break the cycle we can retrain the nerves by exercising and desensitizing the child to the pain seemingly resetting these nerves. This is similar to scar desensitization; when one has a painful scar one has to rub it vigorously as much as possible in order to settle down the nerves so that it stops being so painful. Just touching the scar lightly a couple of times a day will never adequately desensitize.

Although the treatment varies from child to child depending on their pain and individual needs the principle is the same and that is that the child essentially cures him or herself by exercising and desensitizing through it.

After going through an AMPS program, a very small percentage of AMPS patients return to the program, but the vast majority are empowered to address future pain themselves. Once they are in remission they can stay in remission should they have any inkling of a reoccurrence.

Since this pain is so intense and misunderstood and since many friends, neighbors, teachers and physicians do not believe these children have as much pain as they do, the children can be accused of faking or lying. That in itself is quite distressing. The pain not only controls the child but it controls the whole family and that control needs to be directly addressed and stopped. Just as the child has to use her mind to walk on a painful foot the family has to let go and let them walk on the foot without worrying that every new pain is a fracture or symptom a catastrophic illness. Counseling can serve in multiple ways. It can help the child learn coping skills to deal with the pain as they are increasing their bodily function. It can also help them identify stressors in their life and deal with them more constructively. Additionally, it can help the family assess how the family communicates—either appropriately supporting the child or reinforcing the pain or sick role so that that can be identified and addressed. There is a term “secondary gain” which means the benefit one receives from their illness or distress. Even though I am quite miserable when I have the flu it feels good to have my back rubbed and have hot chocolate brought to me. If even if you are a stellar student there is some secondary gain to not going to school and having to keep up academically. It’s also stressful to be missing that schoolwork so it’s a real two-edged sword.

Children with amplified pain are prone to self-injury. The pain is so desperate sometimes an injury such as bruising or cutting oneself gives some form of relief as strange as that may sound. This is an additional manifestation of the psychological distress the child is feeling and needs to be addressed with counseling.

"I love this video program. The tape is clear and useful (and provides) enough detail to benefit physicians, therapists, nurses, and councilors in their work with pain patients. In fact, I think that most patients and families would want to watch the tape to learn more about their condition and its treatment. I highly recommend it!"

"It is an excellent guide to the types of physical therapy used in your program and to the techniques used to motivate the kids to exercise despite their pain."